First of all this is not really about java, but hell, we have christmas now, and its allowed to have fun from time to time, isn't it? And as I first started to play around with Lego Mindstorms, I seriously wanted to program it with Java one day, which never came.
With time I realized that my engineering skills are far underlaying my programming skills, and thus I would never be able to build the robot I promised my wife. Originally I planed to build a robot, which would react to the sound of the crying baby (sound sensor) find the baby carriage (camera) and start to swing it until the baby is calm again. Well my oldest daughter is 8 now.
However, over time I reduced my pretensions and start to enjoy building complex lego  models for fun. Just what men do. If not, why would they build a special site for it? ;-)
This one is probably the best I ever built and second best after the unimoc. However, the Lego Super Car is a superior example what amazing models can be build with lego, and how complex technical aspects can be explained by playing ;-)

But enough said, we lets unpack the package. This is how the box have looked like: 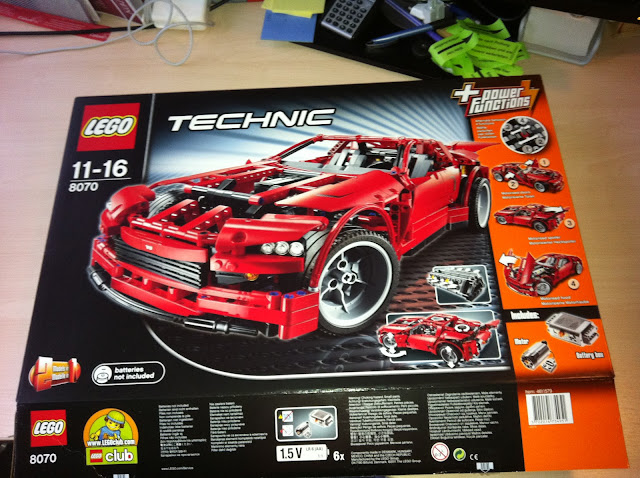 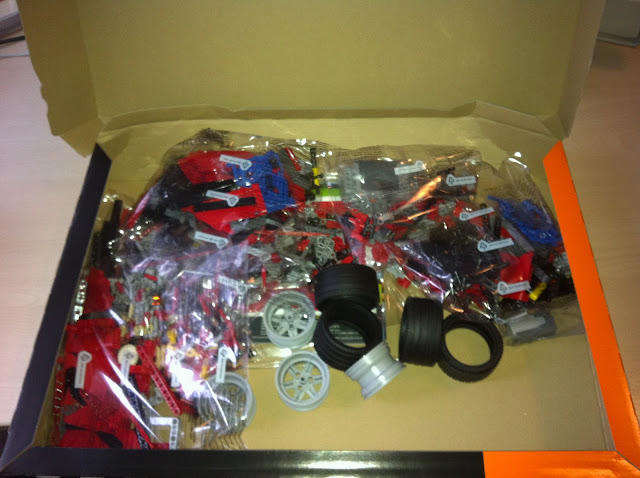 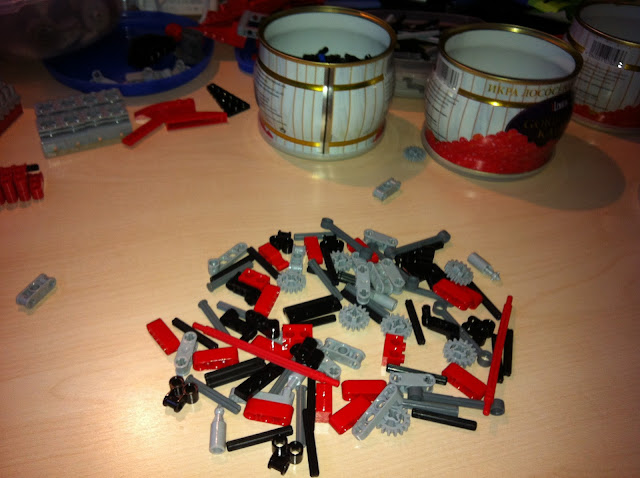 After an hour everything is sort and prepared: 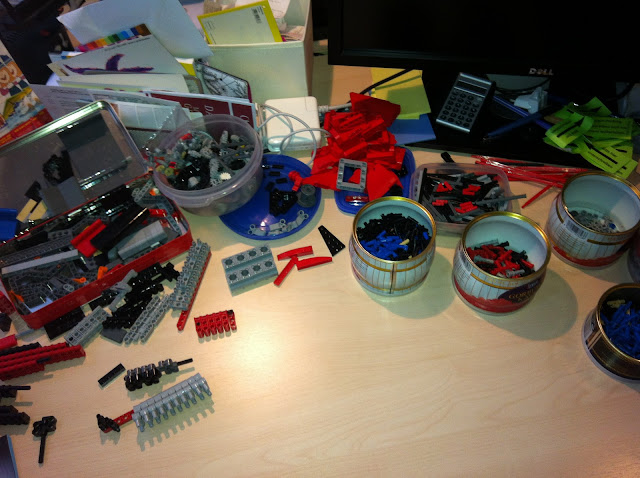 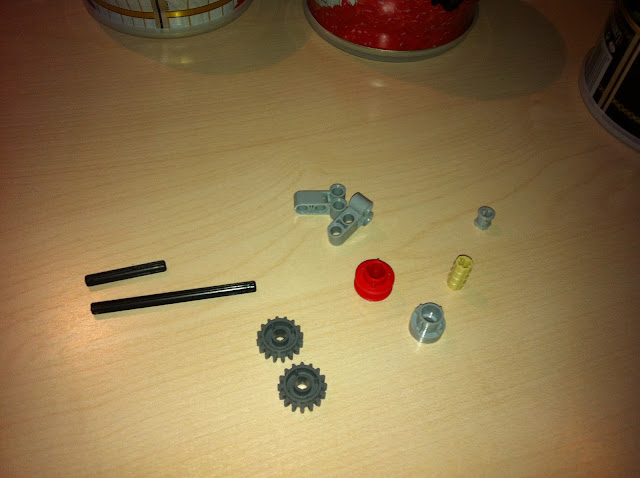 In the meantime, some other duties had to be fulfilled: 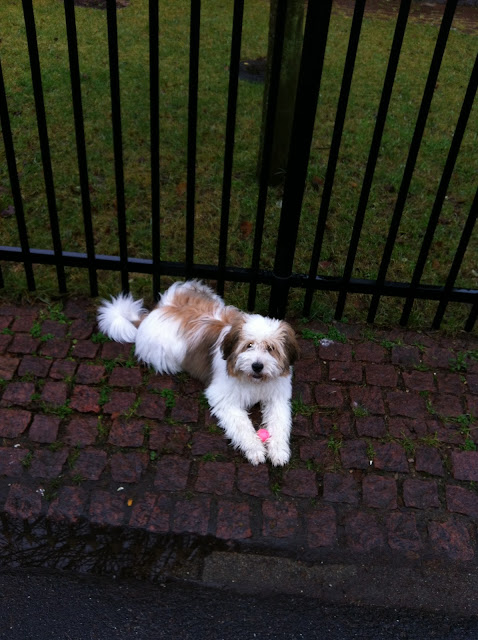 and the concentration refilled: 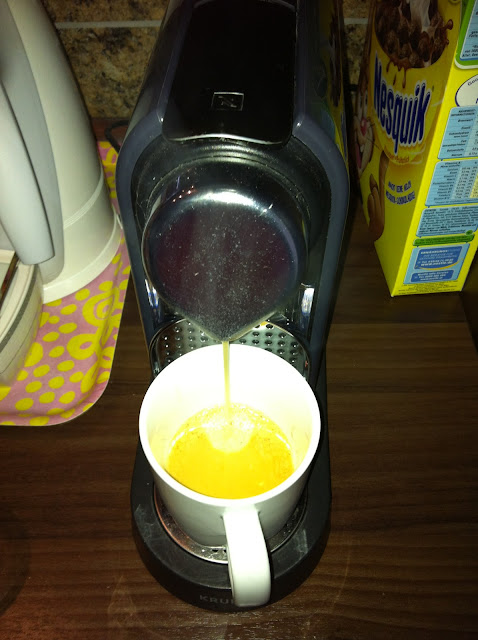 The heart of the modell - the gear: 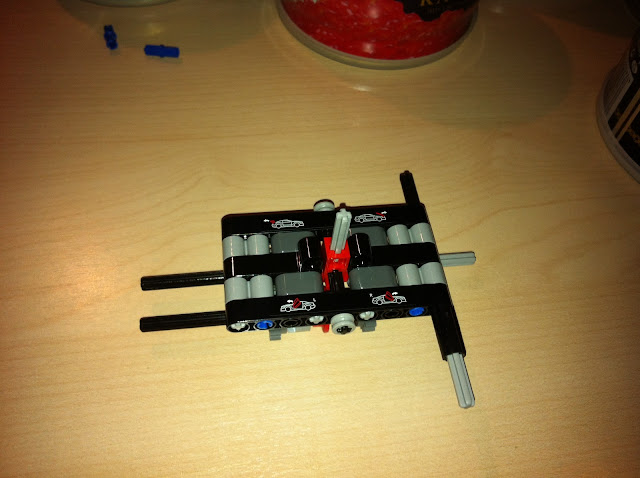 The gear upside-down, the red wheels are moved by the shifter and switch different gears: 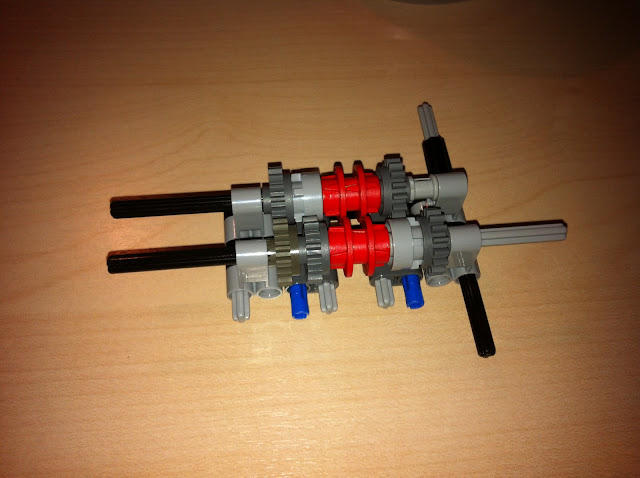 The gear block is finally finished: 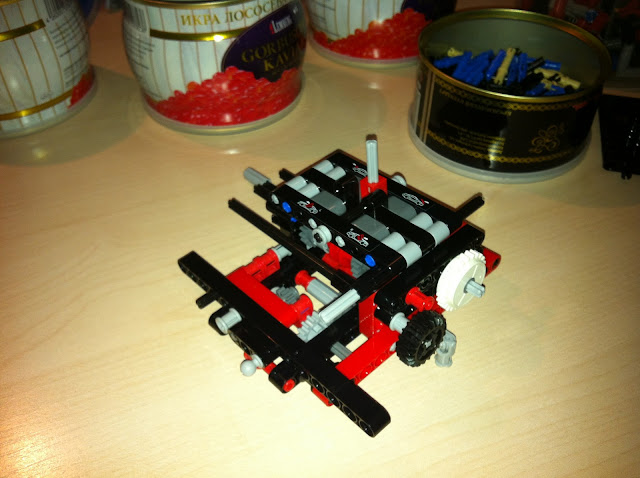 And now for something fully different: 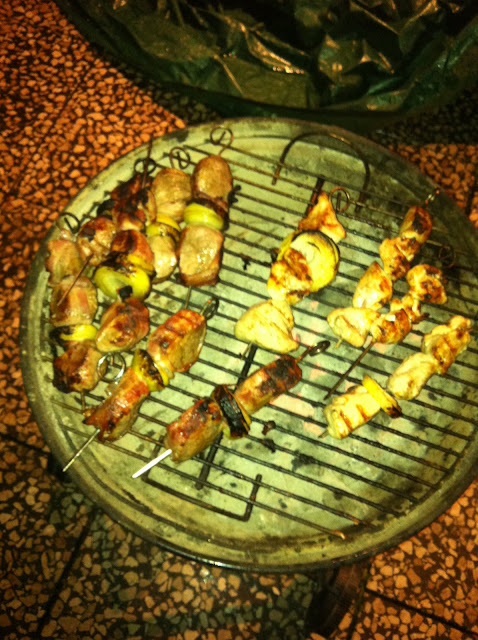 The motor is attached to the gear block: 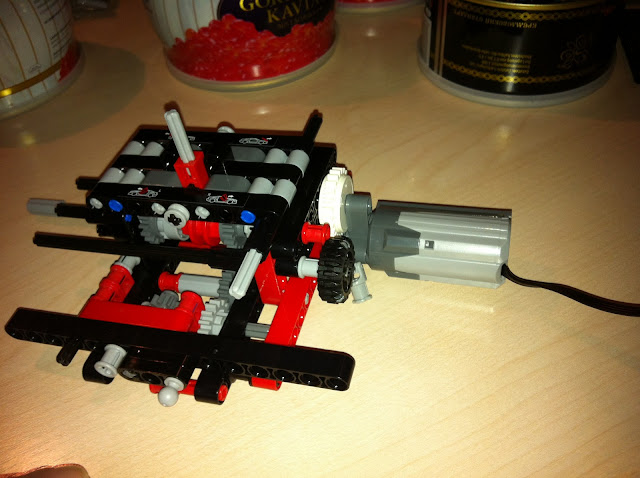 The base of the car is ready: 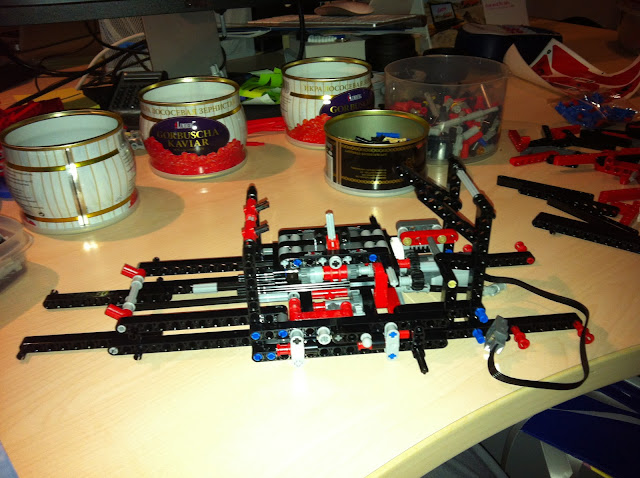 Suspension of the back wheels: 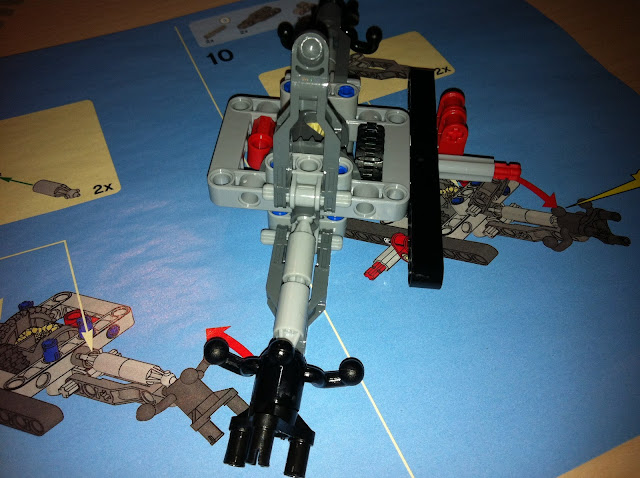 Transmission of power to the back wheels: 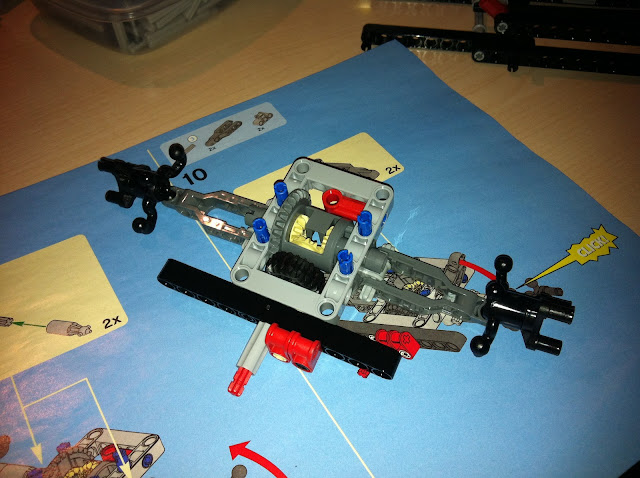 Progress report, the seats are attached: I am always amazed by the engine, this one is V8 and moving ;-) 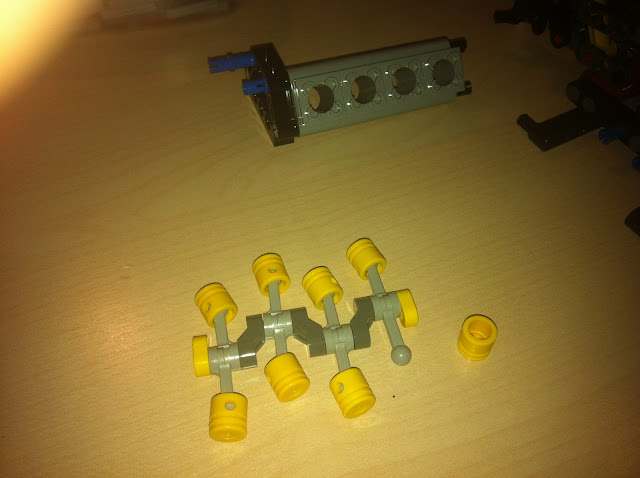 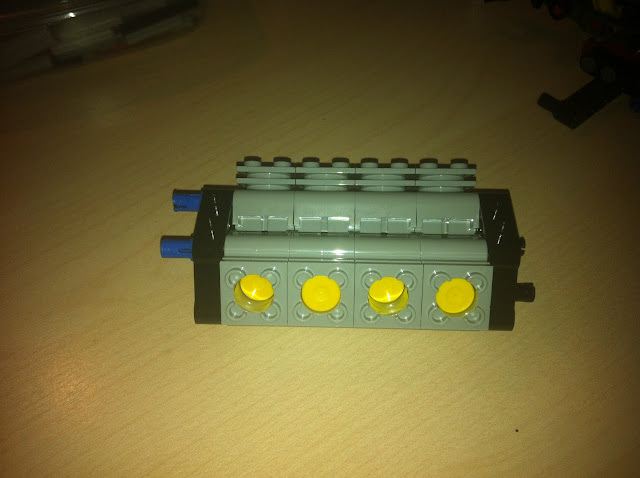 Big moment, the engine gets inserted: 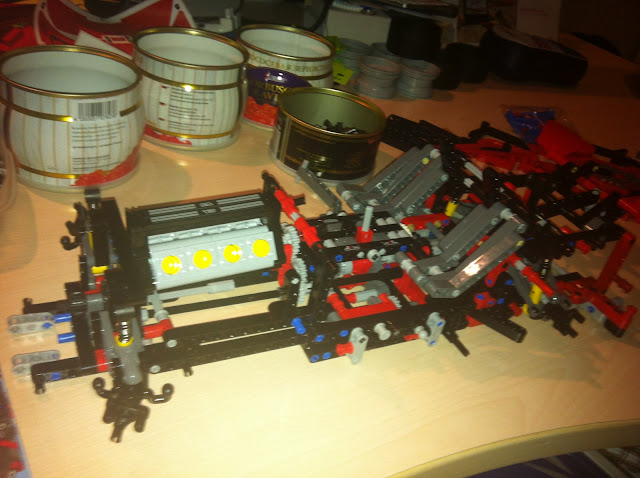 Enough for first day. As I realized next day the engine was beveled ;-) But now the car got a steering wheel, what could you possibly want more: 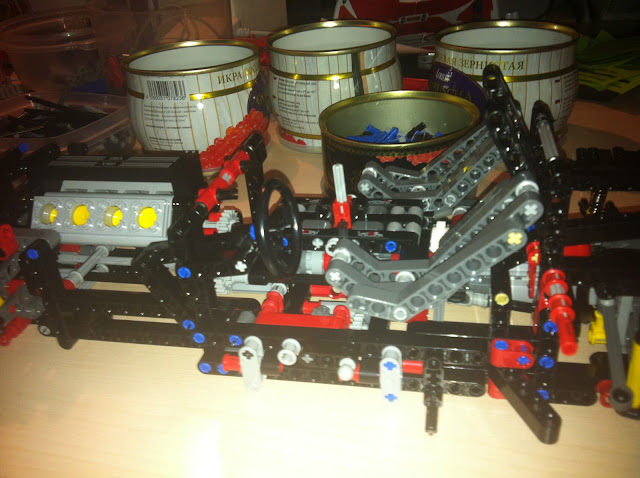 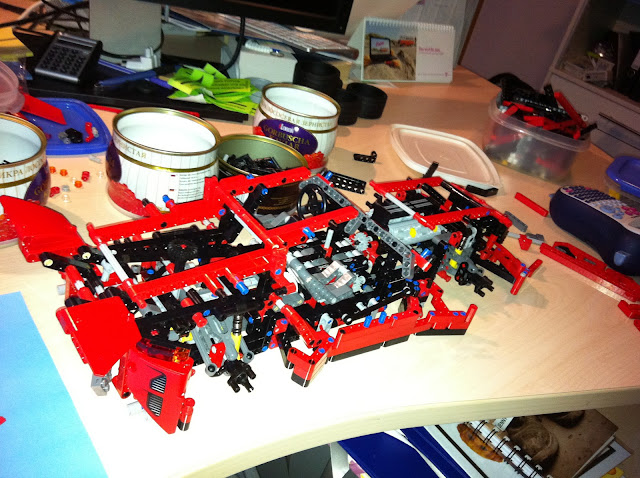 Unexpectedly, some help showed up (not that I asked for it, but some offers can't be declined...): 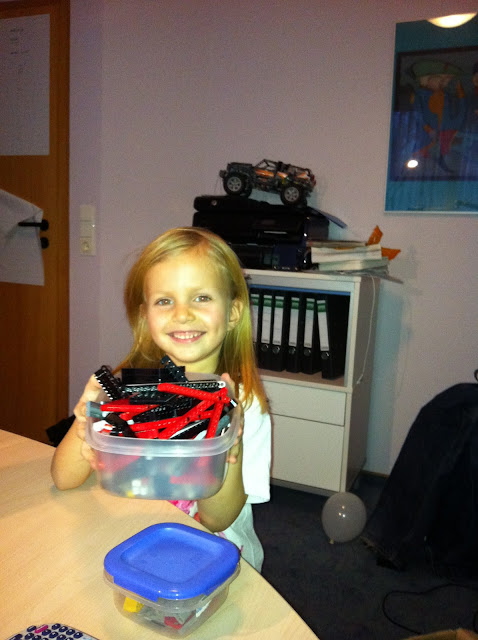 And another helping hand. Kids can work with stickers much better than I do: 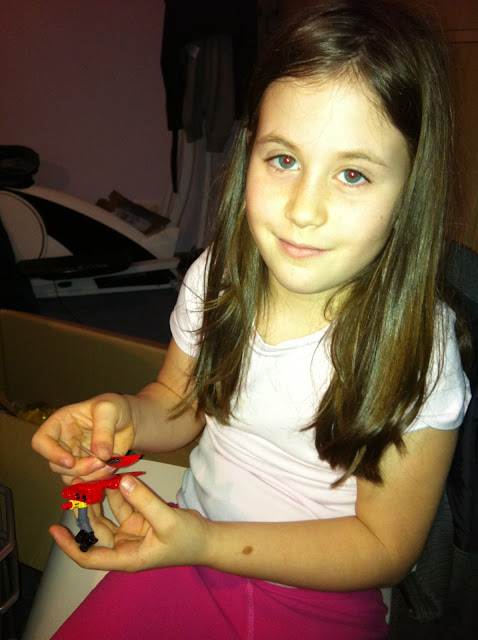 Finally, everything but the casing is done: 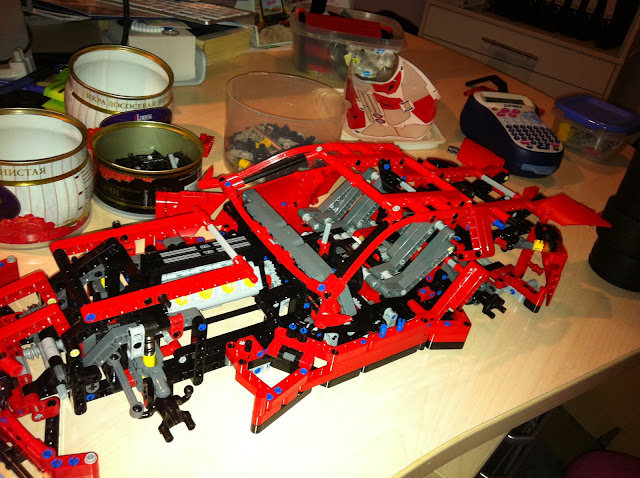 Truly, big moment, the battery pack is the last thing left (and the wheels): 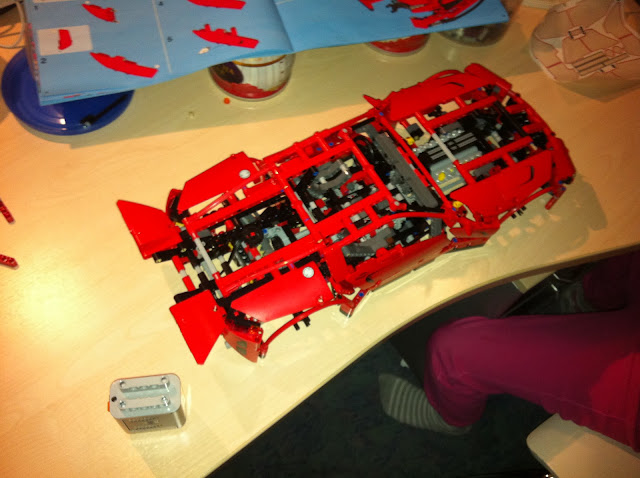 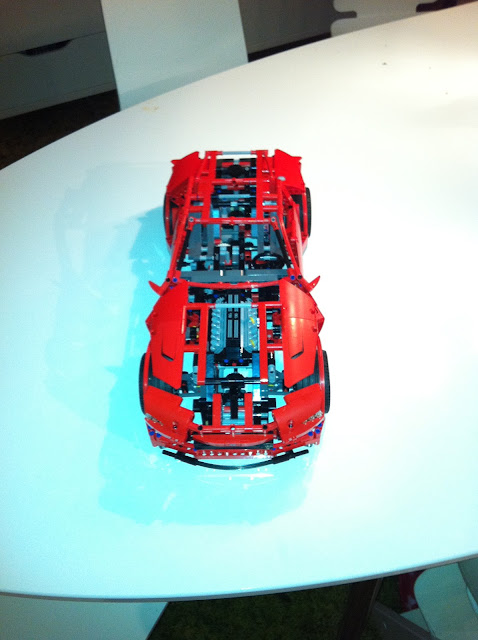 My other lego cars came by to welcome the new one in the family ;-) 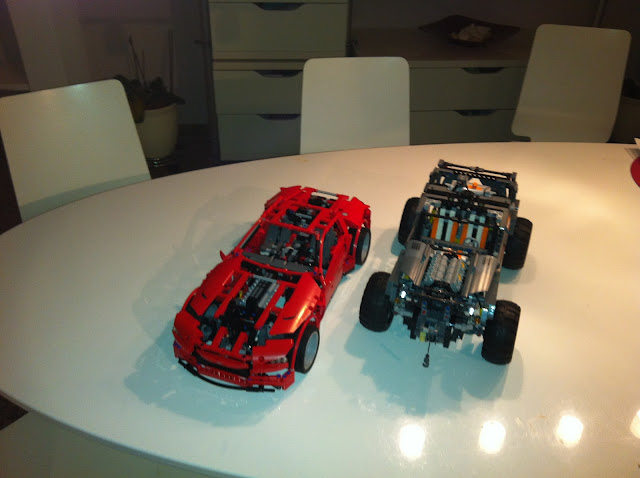 A video with the power functions will be uploaded later ;-)
All in one, great fun, great car, great challenge.

Posted by Leon Rosenberg at 1:37 AM